History of Our Agency

Southern West Virginia Health System provides quality care and serves as a leader in improving the health of our communities.

Our vision is to be the best, most respected and trusted healthcare organization.

The original founders of the Board of LPCC were local businessmen who understood that a medical practice could generate revenue to cover operating expenses and a surplus that would enable services to be provided to those who could not afford them.  Unmet patient demand immediately surfaced as the capacity of the clinical practice grew.  The community is proud of the fact that, in 1977, the Center was recognized as the nation’s first designated Rural Health Clinic (RHC) under Public Law 95-210.  In 1991, the National Rural Health Association honored LPCC as the nation’s Outstanding Rural Health Practice. 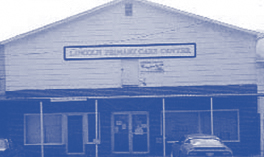 By 1989, the Center was a well-established entity in the community and positioned to initiate a capital campaign to construct its current 17,500 square-foot building.  This facility houses LPCC’s clinic and leases a portion of its space to the Lincoln Volunteer Emergency Services – the county EMS operation.  In January 2004, LPCC expanded services to include a Wellness Center to provide community members multiple options for dealing with chronic disease and preemptively address populations at risk for chronic disease through prevention.

In 2015 LPCC opened its fourth 340b pharmacy located in Hamlin, WV and in 2016 the organization opened school-based health centers at Midway Elementary, Ranger Elementary and Man Elementary/Middle Schools.

In 2020 construction was completed on a modern 10,000 square foot building in Man, WV with the financial assistance from the office of the Governor, the Logan County Commission, and private funding secured by LPCC. The facility was opened for patient care in March 2020.

LPCC has run the gamut in its development as a community-based primary care organization.  It has progressed from being a foundation grant and revenue-driven organization, with medical professional placement support from the National Health Service Corps, on to Rural Health Clinic status, a Federally Qualified Health Center “Look-A-Like” and now a designated Federal Section 330 site.  As our mission, vision and values attest we are committed to serving our communities and feel beholden to improving the lives and wellness of those we serve.