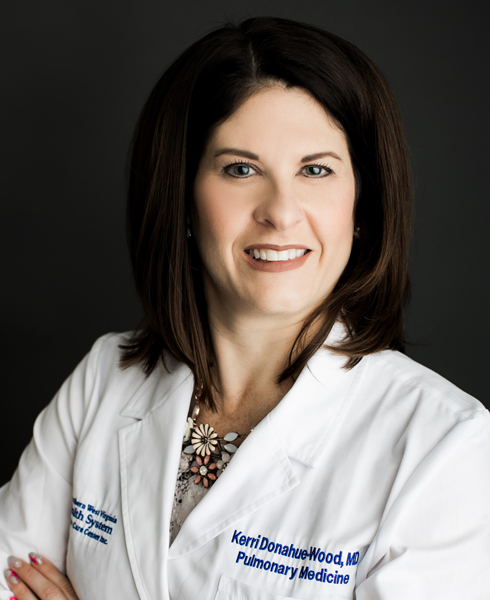 Dr. Donahue-Wood is fellowship-trained in pulmonary care and is actively accepting patients. In her role, she will focus on testing, diagnosing and treating chronic illnesses that affect the respiratory system. Such illnesses include asthma, COPD, black lung disease, pulmonary hypertension, interstitial lung disease and more.

Coming to Southern West Virginia Health System from Huntington Internal Medicine Group, Dr. Donahue-Wood has more than 10 years of practice experience in pulmonary care. She completed fellowship training in pulmonary and critical care at the Medical College of Georgia in Augusta, Georgia. She completed internal medicine residencies at Christian Healthcare in Newark, Delaware, and at the University of Maryland in Baltimore, Maryland. She earned her medical degree at the Joan C. Edwards School of Medicine in Huntington, West Virginia. She also holds a Bachelor of Arts in Psychology from Clemson University, Clemson, South Carolina.

According to the West Virginia Division of Health & Human Resources Bureau for Public Health, West Virginia has the highest per capita incidence of COPD in the nation. The addition of Dr. Donahue-Wood to its provider team expands Southern West Virginia Health System’s capability to meet the care needs for COPD and other respiratory diseases in its service area.

Southern West Virginia Health System has been addressing the respiratory needs of its patients for many years. Its Breathing Center in Hamlin is home to the Grace Anne Dorney Pulmonary Rehabilitation Center. Established in 2016, the Grace Anne Dorney Pulmonary Rehabilitation Center offers services from respiratory therapists that include spirometry tests, walk tests for qualification of home oxygen, pulmonary education, supervised exercise therapy and more.

Click here for more information about our Pulmonary Care. 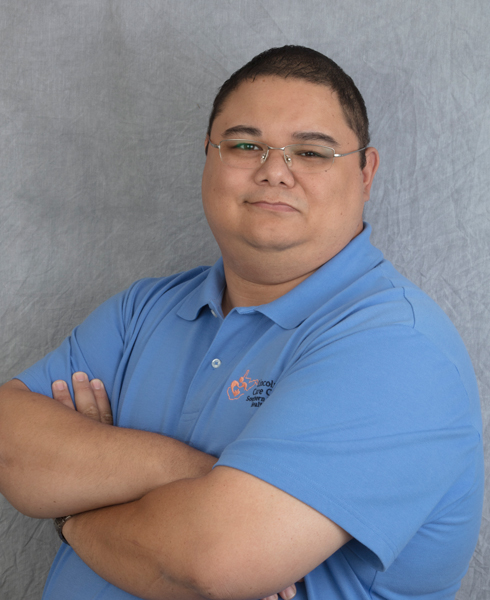 Philip Galapon graduated from Marshall University Joan C Edwards School of Medicine in 2008 with a specialty in Family Medicine.

He became Board Certified in Family Medicine in 2011.  Dr. Galapon worked for Madison Medical Group from 2011-2016 before joining Lincoln Primary Care Center in 2016.

He is the Current President-Elect of the WV Academy of Family Physicians and previously served as both Secretary and Vice President of WVAFP.

Dr. Galapon is a life- long Southern West Virginia resident who is passionate about Diabetic care and Adolescent medicine 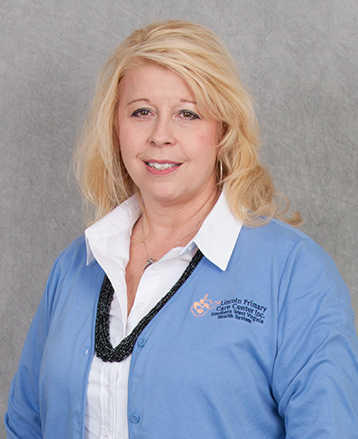 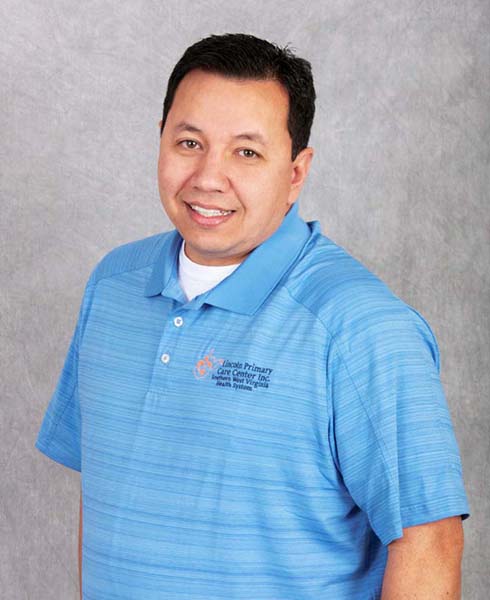 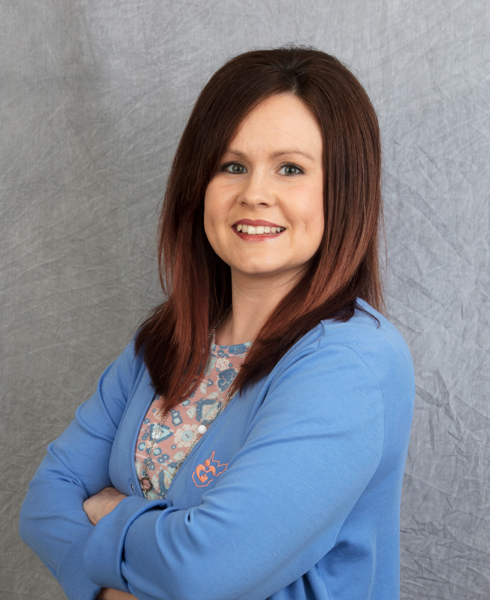 Mrs. Walls graduated from Southern WV Community and Technical College in 2004 with an Associate in Nursing; from West Virginia University in 2012 with a Bachelor’s in Nursing, and from West Virginia University in 2014 with a Master’s in Nursing, Family Nurse Practitioner Certification.  Her specialties include Family Practice and she is a Certified Family Nurse Practitioner through AANP.  Mrs. Walls worked as a RN for 10 years at Logan Regional Medical Center (Labor & Delivery, Med-Surg, Pediatrics, Nursing Supervisor) 2005-2015; was an Instructor of Nursing at Southern WV Community and Technical College 2014-2015; and began working at Lincoln Primary Care Center in 2015.  She is married to her husband, John, and has two children, Jacob and Drake